Posted in: In The Media, News

A new southern development has everyone buzzing from Ballina to Brisbane. Workers are busy as bees, with the Hive at west Byron Bay officially under construction.

The $10 million development is being likened to the vibrant Chelsea Markets in New York or the San Francisco boardwalk. Developer and Kool Kids Early Learning Centre’s Creator Bruce Coulson said he had been sitting on the land, more than 4000sqm backing onto the Stone and Wood Brewery, for about four years deciding what its perfect use would be.

“I wanted to base the development around Chelsea Markets in New York where there’s just so much happening and people feel like they want to stay for a while – hence The Hive,” Mr Coulson said. “And I thought it was a great opportunity where everybody is a producer, like on the boardwalk of San Francisco. A lot of fishmongers will gut the fish, throw it over the counter and you’ve got to catch it, throw it in your trolley and move along. We’ve got about 15-20 tenants and I’d say 95 percent of them will be producers.”

Mr Coulson said he saw The Hive, especially being attached to Stone and Wood, becoming an ideal space for a day trip from surrounding towns and cities, given the success of nearby projects such as Elements at Byron and also The Farm, a working farm and restaurant complex. “We’re taking what was an industrial area and turning it into an area where people come and stay,” he said.

“We see ourselves as a destination. Look whats happened to The Farm. People get up Sunday Morning, go to The Farm, head into Byron and make a day of it. We want to be like that. We want people to drive from Ballina and the Gold Coast, potentially even Brisbane.”

The Hive is almost a month ahead of schedule, with Mr Coulson predicting it would be open and operational by this time next year. With Mr Coulson’s background in childcare, there would be a childcare centre included on the grounds called Hive Early Learning. 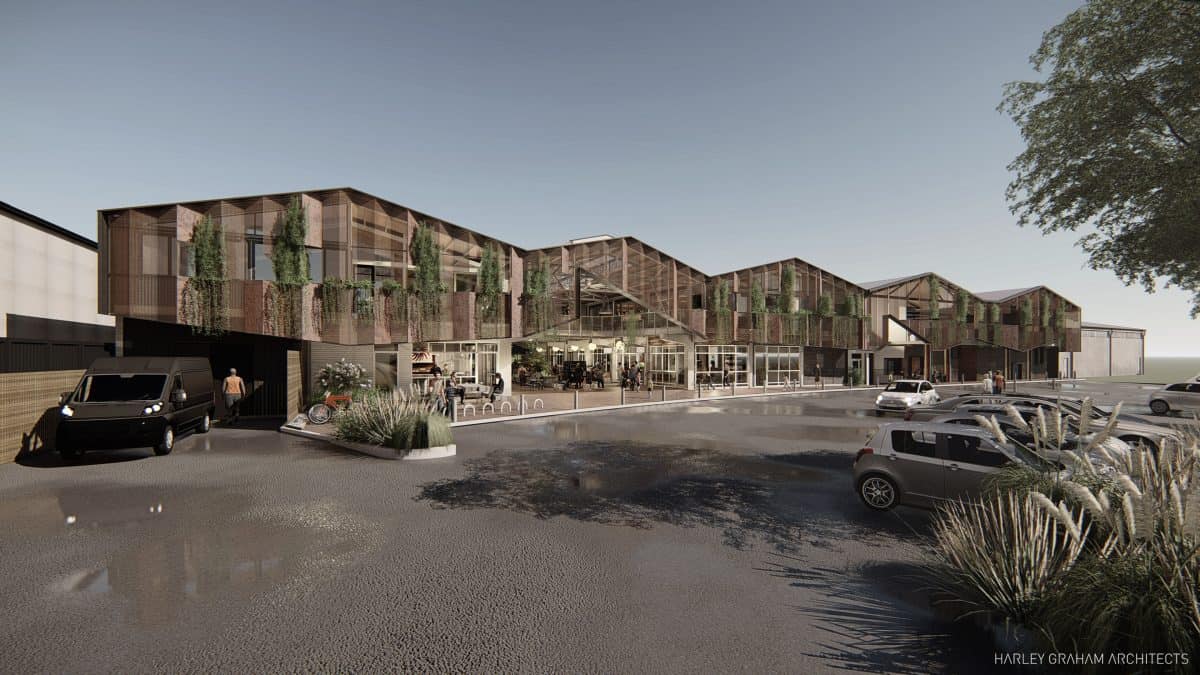